Fibromyalgia- You Don’t Have to Suffer

Fibromyalgia is one of those tough/mysterious conditions. They don’t really know what causes it and they don’t know how to treat it.  These patients typically suffer from widespread pain and aches throughout the body and can affect them physically, mentally and socially. People living with fibromyalgia tend to receive this diagnosis when they test negative for everything else. They’re often told they they simply have to “live with it”. We refuse to settle for this prognosis. 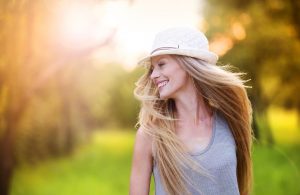 Research shows that fibromyalgia may be a widespread activation of the brainstem and cortex leading to this hypersensitivity to pain. In addition, we know that when atlas, the top bone in the neck, shifts out of alignment, it can cause this distorted brain activity. As a result of delivering a specific and gentle adjustment to atlas, we can remove that neurological irritation. This can also greatly improve the body’s ability to communicate with the brain.

In our office, we’ve celebrated with many fibromyalgia patients who say that their pain has significantly decreased under care. In fact, a study was conducted in 2015 on a 32-year-old female with fibromyalgia. She saw complete resolution of her symptoms through chiropractic care. After 4 months of chiropractic, she reported 100% improvement in symptoms, including increased quality of life.

You Don’t Have To Suffer

At Revival Chiropractic, we believe that you were not put on this Earth to suffer and be in pain. Additionally, we know that through specific neurologically based chiropractic care, your body can function at a much higher level. Hence, you deserve more for your health and we will work tirelessly to help you get there!